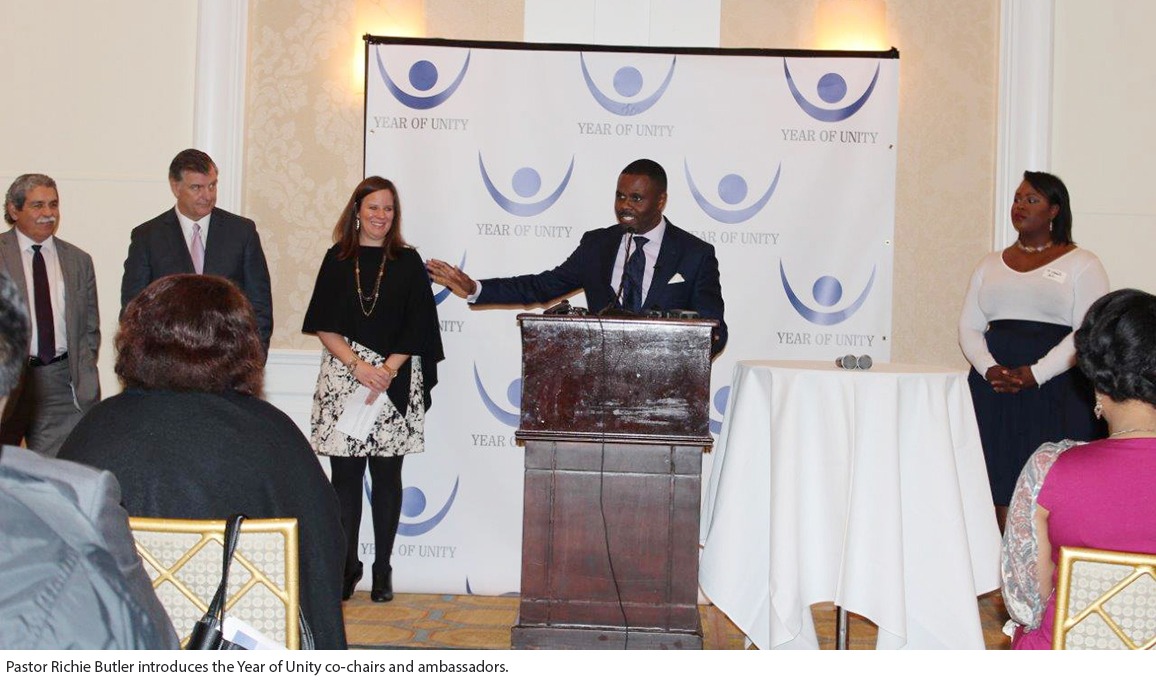 Ever since the killing of five police officers in an ambush July 7, 2016, the city of Dallas has been on a journey of racial healing.

One North Texas Conference United Methodist pastor, the Rev. Richie Butler of St. Paul UMC in the Arts District, has a vision to push racial unity to the next level — the Year of Unity, or YOU. And he has some powerful help, including former President George W. Bush, the honorary chairman; Dallas Mayor Mike Rawlings; and NTC Bishop Michael McKee.

On January 24, 2017, Rev. Butler, surrounded by community leaders, unveiled his plan for YOU at a news conference. YOU is a collaborative movement among Dallas-area religious, business, civic, philanthropic, grass-roots and government organizations, based on the faith-driven belief that what unites us is greater than what divides us.

Its mission includes dialogue and community-building events, education and empowerment. The events will carry the “Together We” theme, borrowed from the annual Together We Ball basketball game between police and pastors. The agenda includes, for instance, Together We Pray, and on the first anniversary of the shootings, Together We Heal.

“Dallas is great about problem-solving,” Mayor Rawlings said. “When we see a problem, we do something. When we see a piece of trash, we lean over and pick it up.

“Pastor Butler grabbed me in the Admirals Club [the American Airlines lounge] in New York right after the July shootings. And he said, ‘Come here, I have an idea and we are going to do this. There have been business meetings and church meetings. But we as a city need to come together.’

“I said, ‘If you will lead it, I will follow.’ We all need to follow what he has done.”