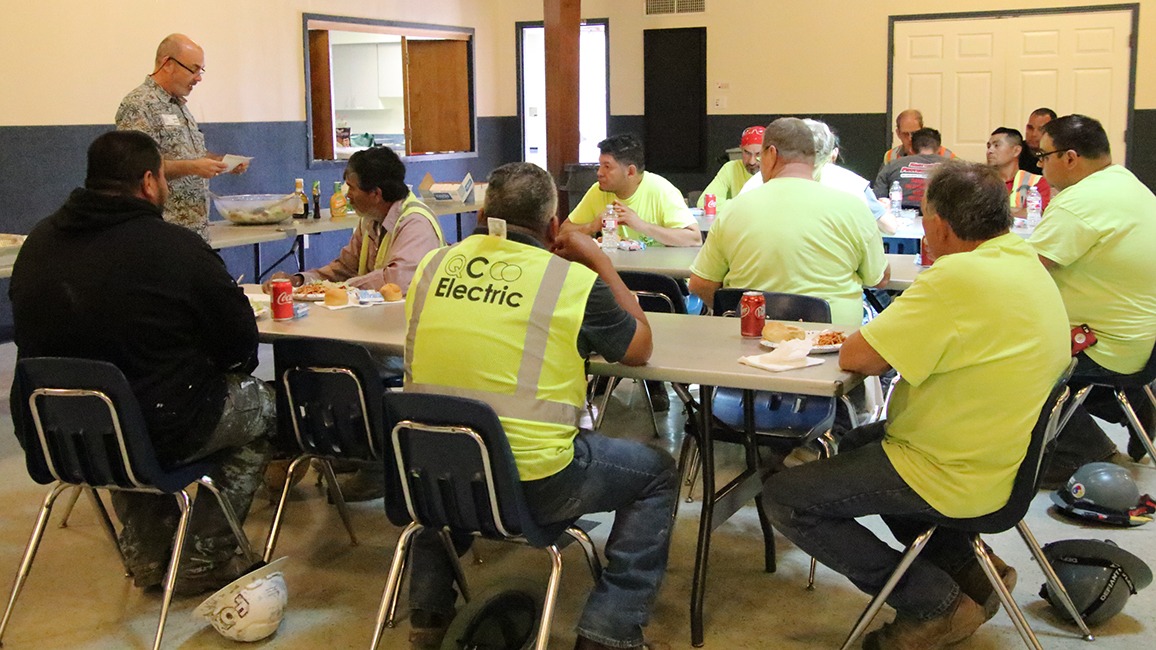 Construction workers have been onsite at First UMC Allen for a yearlong project to tackle construction issues of the aging building. While workers are present, Larry Wright, the church’s business administrator, wants to address their spiritual and physical needs.

“When we start getting workers on site, we are going to feed them,” Wright remembers telling the church committee responsible for implementing the construction project in the spring of 2018. 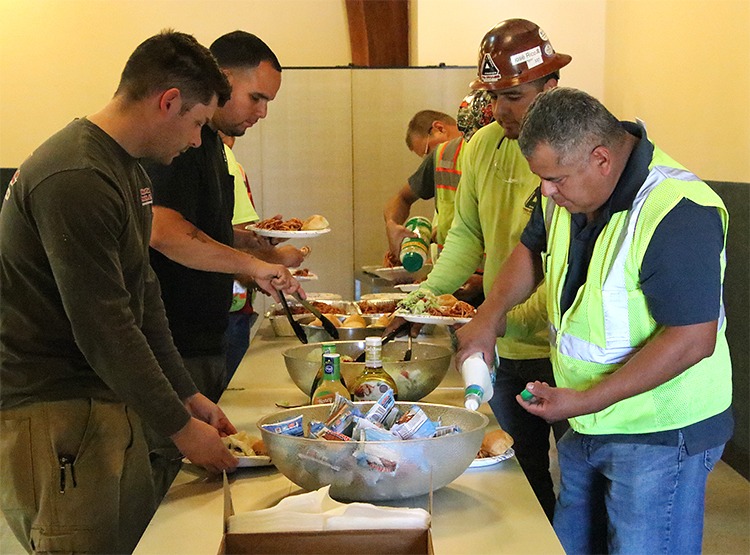 It was a radical idea to the committee members. Wright sought to provide a meal, devotion and prayer as an expression of the church’s appreciation each week. He wanted the workers to know they are part of the ministry of the church.

From those initial visions, Building Connections was formed and continues to thrive today with assistance from a New Faces New Spaces grant from the North Texas Conference.

Every Friday at noon, a lunch is offered for workers in the fellowship hall. A few minutes before noon, volunteers round up the crew. After everyone loads up their plates and is seated, Wright shares his gratefulness for them before giving a short 10-minute devotional with scripture and prayer. Wright and volunteers join the workers for lunch to learn their story and build relationships.

According to electrician Curtis Morva, when the church is closed “they still keep it going.” The workers were not forgotten on Good Friday, and fajitas were on the menu. 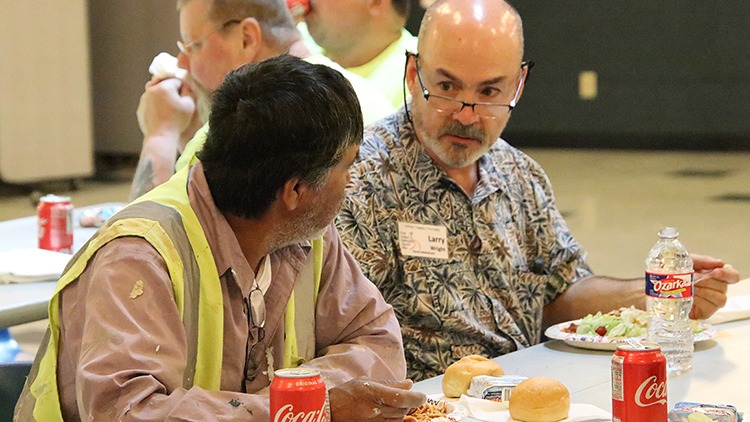 Some of the workers don’t attend church, but Wright said they won’t turn down food and someone saying a prayer for them. Depending on the projects, a lunch could have as many as 35 or as little as 15. Wright never knows until lunch how many will be there.

The lunches have a lasting effect. During one lunch, church and crew members were able to pray over a worker undergoing cancer treatment. Another worker started attending church after an absence.

Alan Quick, co-chair of the building committee, is there daily to make sure he can address problems that may arise. As a retired engineer, he knows about construction. When sitting and eating with the workers, he can troubleshoot problems while building relationships.

“It’s a lot of work, but I appreciate what they do for us,” electrician Jose Olivares said.