Black Policewomen Give Their Takes in World of Video Outrage 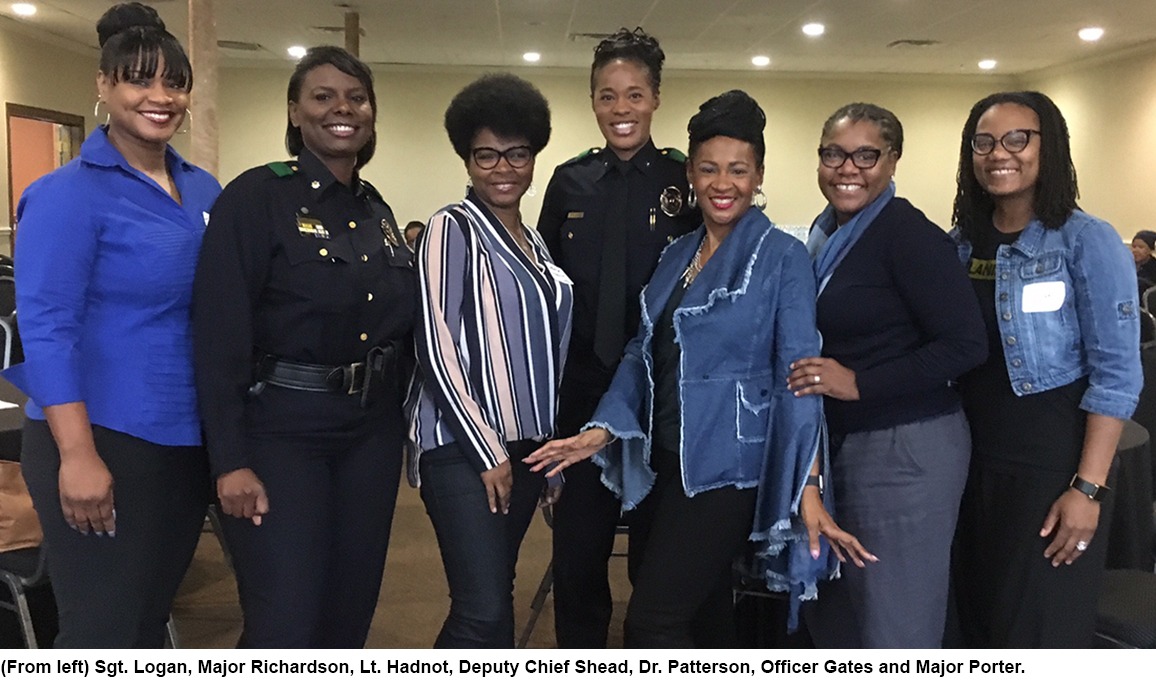 From slave patrol era to confrontations today, black women talk about easing the anger in summit

This is the message that nearly 100 African-American women heard when they came together with several black female officers of the Dallas Police Department on April 22, 2017.

They discussed the realities of negative encounters with the police and how to heal and find solutions during the African-American Women and Police Summit, held at the Black Police Officers Building in Dallas.

Dr. Sheron C. Patterson, communications officer of the North Texas Conference of The United Methodist Church, moderated the discussion. Dr. Patterson, the daughter of a Charlotte, N.C., officer, is passionate about strengthening the relationship between police and black residents.

She remembers a time when police officers were heroes to African-Americans.

“Black police were a gift to the black community. They were adored, they were loved, they were needed,” Dr. Patterson said.

But in recent years, especially with the rise of cellphone cameras, videos have surfaced showing negative and abusive encounters.

Last summer, protests arose when a teenage African-American girl was tackled by a white policeman at a McKinney swimming pool. In December, an African-American mother and daughter in Fort Worth were wrestled to the ground by a white officer. The mother had called police in a dispute with a neighbor. In 2015, Sandra Bland, an African-American woman driving in South Texas, was pulled over for not signaling a lane change, then arrested by State Trooper Brian Encinia. She was found dead later in her cell of an apparent suicide.

So how did we get to this point? Dallas Police Major Latoya Porter traced it back to slave patrols, a little-known part of American history.

In 1704, the colony of Carolina developed the fledgling United States’ first slave patrol, according to Snopes.com. The patrol consisted of roving bands of armed whites who would stop, question and punish slaves caught without a permit to travel.

Patrols like these terrorized black people to keep them from running away from Southern plantations or to get them to be “good” slaves, Major Porter said.

The Fort Worth case began when a black woman called police to complain that a neighbor, a white man, grabbed her 7-year-old son by the neck for littering. Tensions grew after the officer sent to the site asked the woman why she didn’t teach her son not to litter. The woman replied that she didn’t know whether her son had littered, but even if he had, the neighbor had no right to put his hands on the boy. “Why not?” the officer asked.

The situation quickly escalated into the arrest of the woman and her 15-year-old daughter, who had tried to move her mother back from the officer. Charges against the mother and daughter were eventually dropped, the officer received a 10-day suspension and the neighbor pleaded not guilty to a misdemeanor punishable by a fine in municipal court.

“That lady was a mother trying to stand up for her son. It hurt my heart to see a woman treated that way,” said Dallas Police Deputy Chief Catrina Shead.

“We do have de-escalation training, along with understanding biases and cultural diversity. But you’re always going to have individuals who do what they want to do; you’re going to have bad apples. Yes, they [policemen] attend the training, they’re paying attention, but they still could do the absolute wrong thing. It is unfortunate, but no class can change some biases.”

Joli Robinson, community engagement manager for the Dallas police, said she seeks to build community between police and residents.

“DPD brings out vendors to provide free services and information for the community,” she said. “We offer free Coffee With Cops regularly as a way to meet police in a non-emergency setting. … It also gives the police officers an opportunity to meet the people that they are serving. When the people know the officers, they can call them and feel at ease.”

It takes everybody working together to make changes, Robinson told the audience. “How many people participate in your community crime watch or your children’s PTA?” she asked. “That’s where the involvement starts. A lot of times we just want to wait until a problem hits home for us before we really want to get involved.”

Dr. Lawana Gladney, a psychologist, urged police and residents to “refocus your anger in another way” because “you can get so much more done.”

“People are not fair, and they will never be fair. People will mistreat, misuse and abuse you. They did that to Jesus — why do we think we’re any more special? He was mistreated because of the perceptions people had about him, his ethnicity and the side that he stood on. So all of this is an example for us to keep the proper perspective on all of this.”

Dr. Gladney said people “have to start focusing on the logic side of the brain. This is where things get done.”

Anger, she said, “does serve a purpose because it really gets people on a course once they get over the anger. But make sure it is productive anger.

“Then you are empowered,” she said.

“Your healing starts to come through what you do for other people,” Dr. Gladney explained. “When you step outside of yourself and understand that so many people are in the same boat as you are, you begin to gain the power.”

Mothers Against Drunk Drivers was started by a woman who lost her child to a drunken driver. The mother “channeled her anger and said, ‘This is not happening again.’ ” Gladney said.

“When you hear people say something negative, let them spend five minutes on their anger, then say, ‘What are you going to do about it?’ ” she said. “This is going to start to bridge the gap that we need so badly in the healing of this whole process.”