An Apology 100 Years In The Making 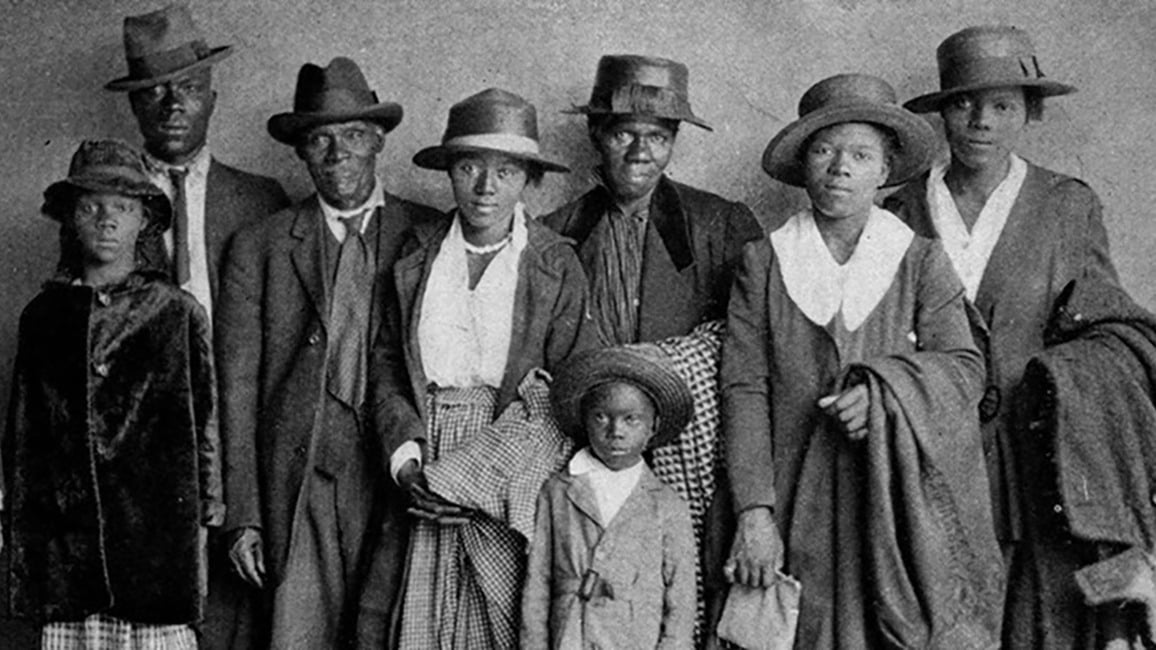 The Arthur Family after leaving Paris, Texas, for Chicago in September 1920. (Photo by Chicago Defender)

Racial tension and unrest are rampant throughout the United States, and Lamar County is not immune to the troubles. But a recent 100-year remembrance ceremony in Paris, Texas, during which descendants of two families gathered to acknowledge the horrific lynching of two Black men a century ago, could be the seminal moment that helps the town overcome events of its past and develop a path forward in race relations.

On July 6, 1920, brothers Herman and Irving Arthur were lynched and burned alive at the Lamar County Fairgrounds by a mob after they were accused of killing John H. Hodges and William M. Hodges during a dispute. Theirs was the 12th documented lynching in Paris dating back to 1892. After the murders, the Arthur family moved to Chicago.

The remembrance ceremony was the brainchild of Melinda Watters – the great-great granddaughter of John H. Hodges – and served a dual purpose. Not only was it an apology from her family to the Arthurs for the lynching, but the event – which took place at the Red River Valley Veterans Memorial – also honored Herman Arthur’s service in World War I.

“I lament the monstrous lynching and murder of Herman and Irving Arthur,” Watters said at the event. “I am saddened that your family had to flee the Paris community and start over.

“I am sorry for the way the white community and my family and myself have been complacent in both my bias against Black people and in accordance with a system that continues to disproportionately allow violence upon their bodies.”

Though attendance at the ceremony was limited because of social-distancing restrictions, but it was broadcast on social media by The Paris News and the Community Remembrance Coalition’s Facebook page.

The Arthur family descents hold up a plaque that honors Herman Arthur’s World War I service. Janese Walton-Roberts, an Arthur family member, spoke at the ceremony held at the Red River Valley Veterans Memorial in Paris.

Janese Walton-Roberts, an Arthur family descendant, spoke to The Paris News about the importance and significance of the ceremony.

“I didn’t think I would ever be in this place; it’s not a place any of our family ever wanted to come back to,” Walton-Roberts said. “[But] the time has come for forgiveness, and this is a perfect time,” making references to the Black Lives Matter movement prevailing in the United States and the death of George Floyd.

Rev. Rob Spencer, senior pastor at First UMC Paris, took part in the ceremony along with two African American pastors -- Dr. Shay Bills and Rev. Gary Savage. During research for a sermon he delivered six years ago, Rev. Spencer discovered ties between his church and the lynching (one of the accused vigilante leaders was a First UMC Paris member).

Several members of the Hodges family also were members of First UMC Paris, and the pastor. Rev. Bob Shuller, attempted to stop the lynching at the county jail ... though he later said: "If the Negro race will show its appreciation by living as these good men desire them to live, much of the errors of the past will be removed from the path of their race. We can never save the Negro until he decides to become an honest, tireless, faithful helper of the white man who desires to defend him."

An ardent supporter of racial reconciliation, Rev. Spencer was taken aback when, after delivering that sermon, he realized not many white people knew the history of the lynching. He believes that great action and changes in attitudes and culture in the Paris community can come out of this summer’s remembrance ceremony.

“White silence is contagious and is how many of us have learned to live in the communities we love,” he said. “We are reminded not to rock the boat, not to stir up trouble, don’t bring up the dark past.

“White privilege in America has meant the luxury of remaining silent about racism as it literally destroys Black lives. White voices must be lifted up, must learn to speak, must learn to crawl out of our holes and speak for liberty and justice for all.”

Watters, Dr. Bills, Rev. Savage and Rev. Spencer also are working with the Equal Justice Initiative and hope to establish a memorial for the Arthur family.