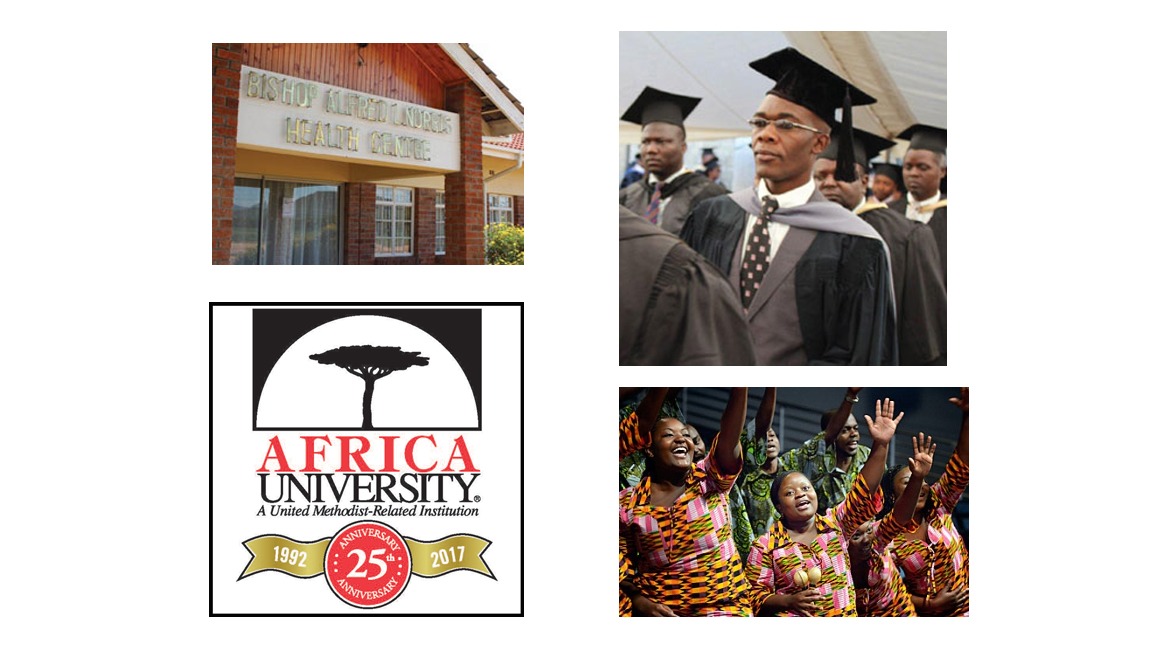 The university that faced doubts at the start has now graduated 6,000

Africa University is celebrating 25 years, and supporters in North Texas are celebrating along with it through a fundraising luncheon.

The luncheon, at 11:30 a.m. Saturday, February 25, 2017, at Hamilton Park UMC, will raise money for scholarships for students through the Usahwira, or Friendship, program.

Many are working to keep the support flowing. One of those is Lisa Tichenor, a laywoman from Highland Park UMC.

“It remains important to support AUbecause we are able to impact the AUfootprint that includes 33 African countries and addresses all four areas of focus in the UMC — ministry with the poor, developing principled young leaders, reducing global poverty, and creating new and renewed congregations,” she said.

Additionally, she said, “AU prioritizes the education of women — the student population is always greater than 50 percent female, compared to 20 percent or below in most other African institutions of higher education. When women are educated, families have less poverty and better health.”

“When the proposal for the creation of AUcame to the floor of General Conference in 1988, there were those who said the land was worthless, they would never lay one brick and never build a building,” he said.

“Today, 25 years later, AU has graduated over 6,220 students, built over 40 buildings — debt-free and including buildings built by NTC dollars — and has a $65 million endowment. As the highest-paid line item in UMC apportionment system for the last several years, it is a testament to AU’s popularity, viability and sustainability.

“In the midst of the entire rancor, debating, and airing our disagreements and dissatisfactions with each other in the UMC,” Masters said, “AU continues to be the single greatest accomplishment that all sides agree on with peacock pride.”

The North Texas luncheon is a part of a nationwide celebration of AU’s 25th Anniversary.