A Year After the Ambush, Strangers Forge an Unexpected Bond 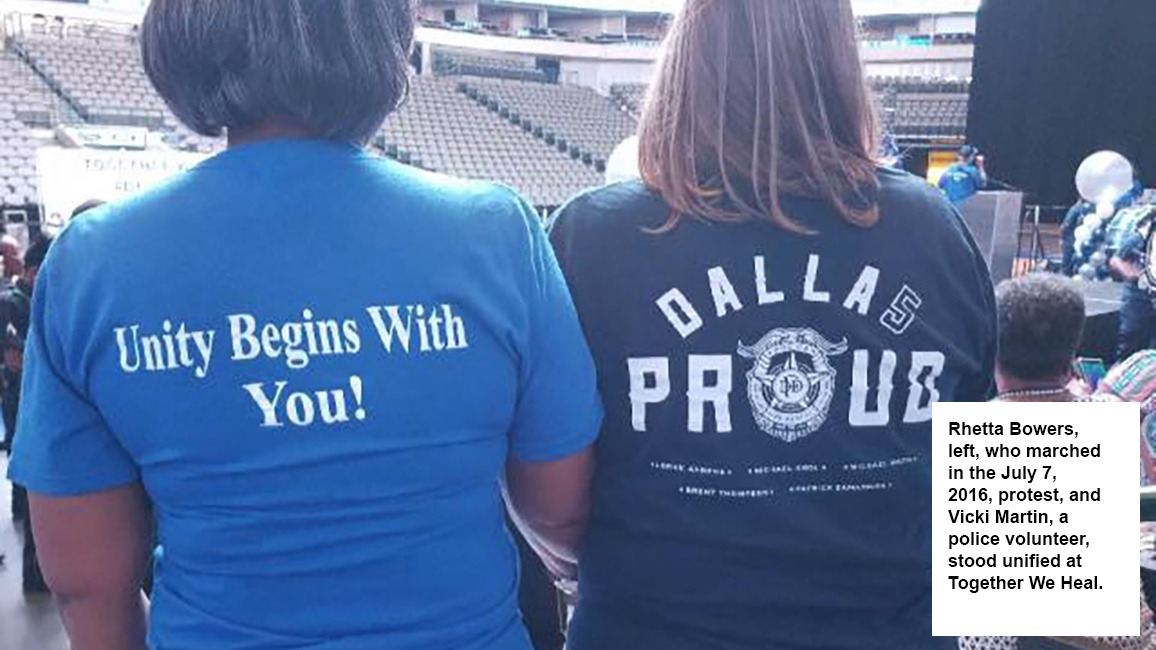 On the evening of July 7, 2016, Rhetta Bowers, a member of St. Paul UMC, had brought her son and daughter to downtown Dallas to march in a peaceful protest after a series of police killings of black men in America.

As the crowd was breaking up, shots rang out, and Bowers’ children saw the worst — police officers slain. A few days later, her daughter, then 15, sobbed uncontrollably; her son, just graduated from high school, stood stoic. Bowers feared he was bottling up anger.

Fast-forward a year, and the Bowerses are remembering the pain of that terrible ambush that left five police dead and 11 wounded, nine of them officers. Bowers and her daughter attended the Together We Heal event at American Airlines Center on Saturday, July 15, 2017; her son was off at Morehouse College in Atlanta, where he has spoken about his experience in his political science classes.

“I think we all are in the process of healing,” Bowers said. 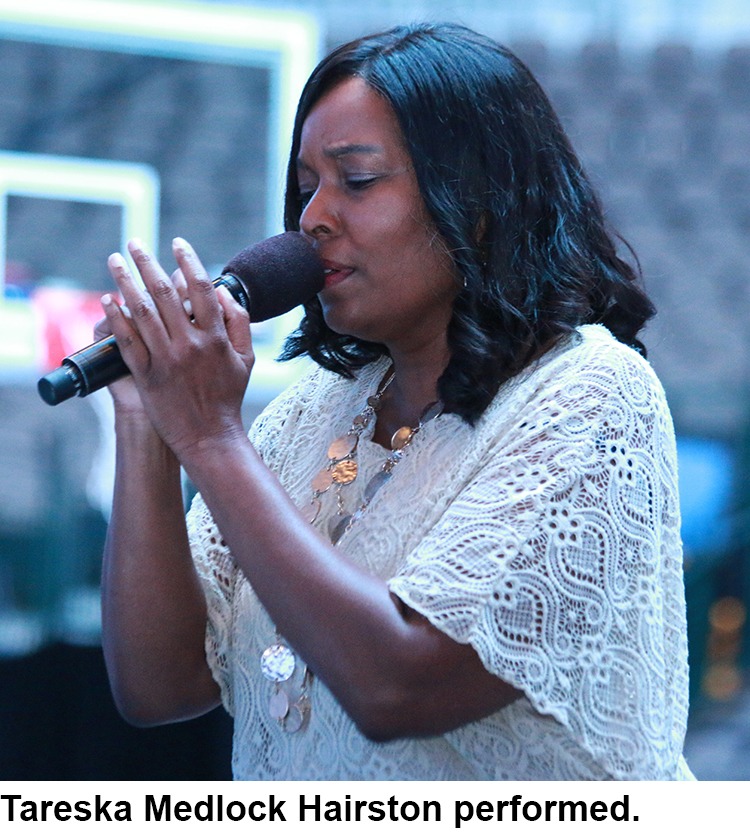 The slow road back began the Sunday after the shootings, when Pastor Richie Butler brought in counseling for his traumatized members who had taken part in the march. They had been trapped for hours downtown.

The next step for Bowers was to attend the memorial service where then-President Barack Obama spoke, as did former President George W. Bush.

Still, over the year, Bowers and her daughter were wary of coming downtown, with anxiety rising whenever they neared the park where the march started, she said. “There are scars, PTSD.”

At Together We Heal, her daughter sat at the top of the seats, admitting later to Bowers that “she couldn’t allow herself to feel it.” But Bowers “was all the way down in the arena closer to the actual officers.”

Then something wonderful happened. Bowers found herself standing next to Vicki Martin, a volunteer with Citizens Offering Police Support, or COPS. When Martin teared up during a powerful song performed by Tareska Medlock Hairston, Bowers hugged her and held her hand. She also comforted Martin’s sister. The women instantly bonded.

“I know we are truly stronger together. Truly connecting with each other and letting go of our differences is what it’s gonna take!” Bowers wrote shortly afterward on Facebook.

“When you have been through something so traumatic, every other bias is thrown out the window,” she said.

Bowers remained composed until she saw Dr. Brian Williams, the trauma surgeon who treated the officers and who spoke at the event, as they left the stadium. As she stopped to thank him, she became “a blubbering mess.” It was, in fact, Dr. Williams who urged the audience to make a connection with at least one person there to continue the dialogue of healing.

Since the event, Bowers and Martin have strengthened their tie, corresponding frequently through social media.

“She was a total stranger, and now she’s a friend,” Bowers said of Martin. “That’s what was truly happening in the moment.”