‘The More Women Show Up, The More Productive We Can Be’ 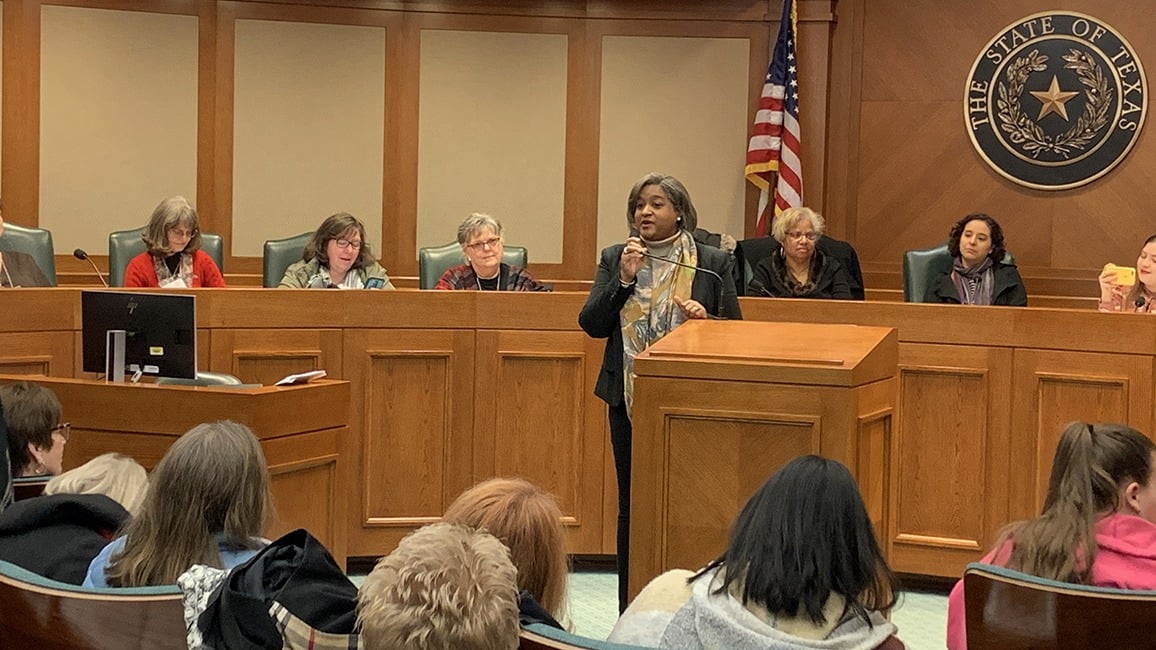 For 31 years, United Methodist Women from all over Texas have gathered at the state capital in Austin to voice concerns about issues relating to women, children and youth. This nonpartisan event gives attendees ways to exercise civic engagement and policy advocacy on behalf of United Methodist Women.

Of the 200 attendees at the 2019 UMW Legislative Event (Jan. 27-29), approximately 30 women and men were affiliated with UMW from the North Texas Conference. Organized by Texas Impact, the legislative agenda lined up with the national UMW priorities of economic inequality, climate justice, criminalization of communities of color and maternal and child health. Attendees learned about each issue in the context of the United Methodist Church’s Social Principles and the Texas legislature.

Harriett Jane Olson, the CEO of United Methodist Women, Inc., encouraged attendees to “speak with a collective voice” as they “bring justice … for women, children, youth and marginalized people.”

Empowered with information; attendees visited with legislators sharing agenda items and concerns. Even though some didn’t meet with their representative, they did meet with staffers. Nancy Monroe of First UMC Coppell, reflected “communicating with staff is really … important because they have far more time to read and study the issues than the elected officials.”

First-time attendee Joy Hunter from Lovers Lane UMC attended the event because she was becoming “increasingly frustrated that helping one child at a time is not enough.” She wanted to find out why Texas was not doing more for public education and wanted to help.

There is power in numbers as another first-time attendee Janee Hall, North Texas Conference UMW communications coordinator, discovered. By joining with other UMW women from around the state, they had a unifying message to share.

“The more women show up, the more productive we can be,” Hall said.

Some, like Wendy Campbell of Lovers Lane UMC, found that one time is enough to have them hooked.

“It’s so valuable that I make sure to attend each year and encourage others to attend, too,” Campbell said.

The impact of this event goes beyond one day. The women feel empowered to make a difference in their communities. Some even run for elected positions, like Texas State Rep. Rhetta Bowers. Recently elected and installed, she is a UMW member from Rowlett who attends St. Paul UMC in Dallas.