‘Providing Redeeming Blood For A World In Need’ 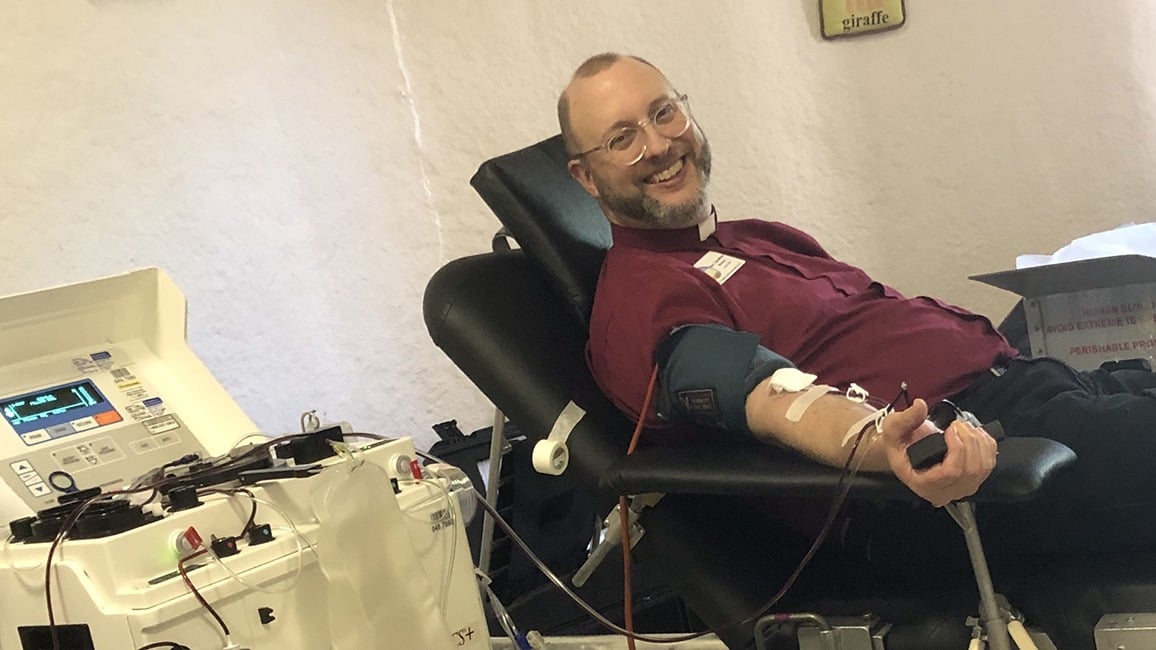 When the coronavirus pandemic began to take hold in Dallas County in mid-March, we – like every other church in the area – quickly pivoted, retooled and reoriented in order to respond to the new challenges we faced. Retooling meant scrambling to move worship and discipleship ministries online. Reorienting meant shifting some of our budget priorities away from the plans we had made – which could now not be realized – and toward expanding our outreach ministries to support those suffering from the effects of the pandemic. 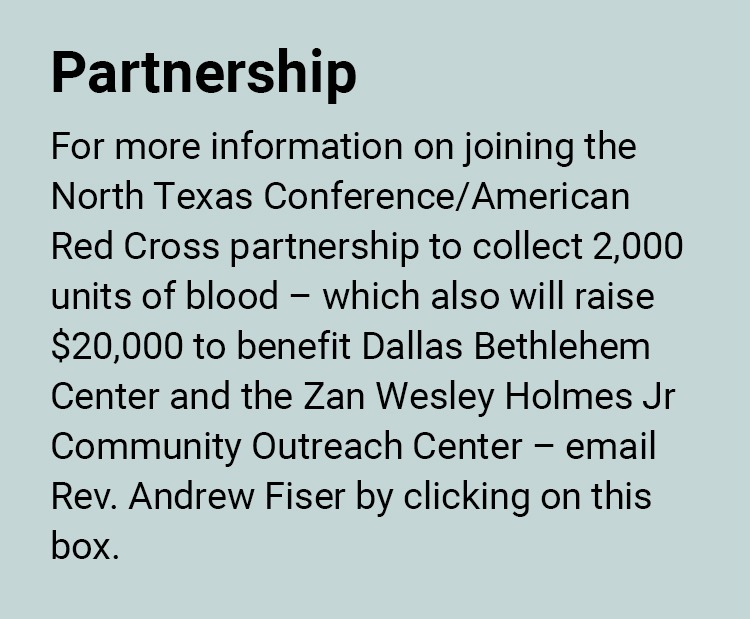 We had “responded” to the pandemic. We were serving our own community (and new people!) with new digital programing. And we were serving those on the margins whose tenuous stability had been shaken with expanded direct-service programs. But how could we “respond” to the pandemic itself – not the effects it caused in people’s lives but to help support the public health effort and public health officials who were working to turn the tide? What could we, a small church of 150, do in the face of such an overwhelming public health crisis?

Then, Brian Moeschler, a member of St. Stephen UMC and a Regional Donor Services executive with the American Red Cross Blood Services, called and gave us the answer. Not only was the pandemic stretching hospitals and healthcare workers thin, it was stretching the blood supply to a critically low level. The country was within days of running out of blood, and sponsors of blood drives that had been scheduled for months were cancelling. Would St. Stephen be willing to host a blood drive? Or two? The American Red Cross would provide all the staffing and, of course, as a part of the healthcare sector, ensure for the safety and well-being of all by following proper protocols. All we needed to do was open our doors and provide space. Of course, space was something we had in abundance. Our building was eerily silent and empty.

And now, like the tomb of Easter we would stand before in just a couple of weeks, we were no longer closed. The stone had been rolled away. The empty tomb had become a womb for something new … for new life.

At first, we held a couple of drives in three education classrooms. It was cramped, but it was what we felt comfortable offering at the time. But, it quickly became clear that this was inadequate to meet the growing need. And it was inadequate to match the growing passion we had for supporting this critical ministry. We soon pushed the chairs aside and moved into the sanctuary. Why keep the chairs in neat little rows, a reminder of activity that was no more and would not be for the foreseeable future? There was a new community that needed to gather around the table. And like the community that prayed every week to become “the body of Christ for the world, redeemed by his blood,” this community, too – or, perhaps, more literally – would be providing redeeming blood for a world in need.

Over the course of the last eight months, our little congregation of 150 people has hosted 16 drives and collected 461 units of blood, impacting over 1,300 lives. And more importantly, nearly 500 people from the community around us – people who would never had known who we were – have come forward as donors to partner with us in this effort. All in a church that others thought was closed at a table from which we thought we could not offer a feast of redemption and hope. Thanks be to God.

I urge you, no matter your circumstance or size, to consider joining the North Texas Conference’s effort this spring to collect 2,000 units of blood in partnership with the American Red Cross and, in the process, generate up to $20,000 of support for the South Dallas–Fair Park UMC-related ministries of Dallas Bethlehem Center and the Zan Wesley Holmes Community Outreach Center.