‘Our Mission Field Is Right Here In Downtown Dallas’ 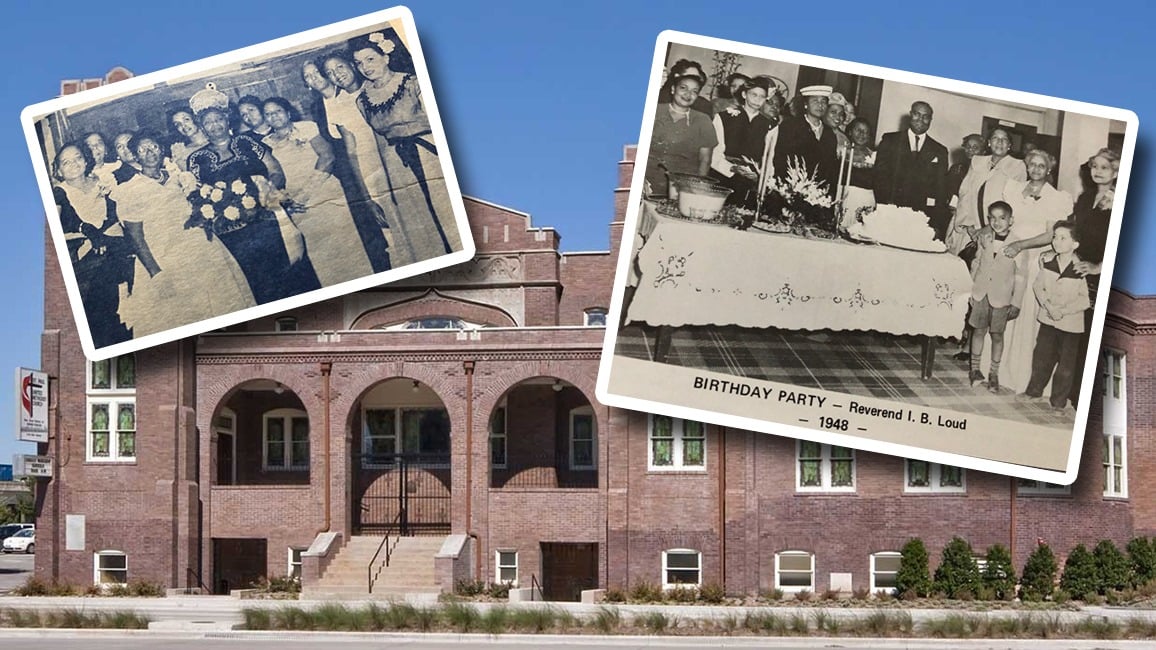 St. Paul UMC has been local mainstay since its founding in 1873

The history of St. Paul UMC is one of a strong congregation that faced many changes in its almost-150-year history. In post-Civil War Dallas, the first Methodist group of African-American freedmen and freedwomen met under an arbor in a vacant lot in an area called Freedman’s Town for worship.

Freedman’s Town was an area created for newly freed African-American slaves on the outskirts of Dallas after Emancipation. The location was intentional, to prevent residents from becoming victims of harsh vagrancy laws targeting them in Dallas. Freedman’s Town become a thriving community of business, educational and social institutions. The residents were laborers, wage workers and professionals.

As the church grew, they needed a building to worship. The first church structure was said to be a white frame building. Later, the congregation began construction on a larger building it completed in 1927. The multi-colored brick façade demonstrates the commitment of the church members. The church would buy bricks as it could afford them, and members would bring bricks as offerings.

The church’s history of serving the Freedman's Town/North Dallas African-American community is long. It was the first location of Sam Huston College, which eventually would become Huston-Tillotson University in Austin. In 1947, St. Paul create the Dallas Bethlehem Center.

Despite all the changes, St. Paul UMC never moved locations.

“Our church has remained in the Dallas Arts district because we believe our mission field is right here in downtown Dallas with the unchurched people in the schools, condos, on the street and businesses,” church member Sharon Spratt said.

The church has served the community from the Civil War through the Civil Rights movement until today.

“St. Paul has a long and rich heritage in the Dallas community,” said Macy Mays-Roberson, St. Paul UMC’s church historian. “It has continued to be a place where concerns regarding social injustices, racial inequality, health issues and economic disparities can be discussed in an open forum. These are the same concerns of the North Texas Conference. St. Paul is supporting the conference by serving as one of its ‘voices’ downtown.”

The church was designated as a historic landmark by the City of Dallas in 1982, by the State of Texas in 2014 and placed on the National Register of Historic Places in 2016.

“What a testimony to God that, for 146 years, St Paul has remained in its present location, which also speaks to the church’s durability, faithfulness and steadiness,” senior pastor Rev. Richie Butler said. “Its existence also speaks to the transformational role St. Paul is called to play in the community today because it is in the center of the city for a reason.

“Like Esther, ‘For such a time is this’ that St Paul is called to lead the community, especially on the tough, divisive and volatile issues of our time.”


The ministry of St Paul is the highest of christian witness in downtown Dallas and a witness to the Methodist Church as a whole. It is a part of a community that it gives support and compassion. I am proud of St. Paul and the stories those bricks could tell. Keep telling your story and thrive on who you are and where you came from.
Frances Long, North Texas Conference Archivist


There is no doubt who is the cornerstone of this church . I thank God for all our christian brothers and sisters who built this church, worship at this church and minister to the community. To God be the glory!