A Cultural Celebration 80 Years In The Making 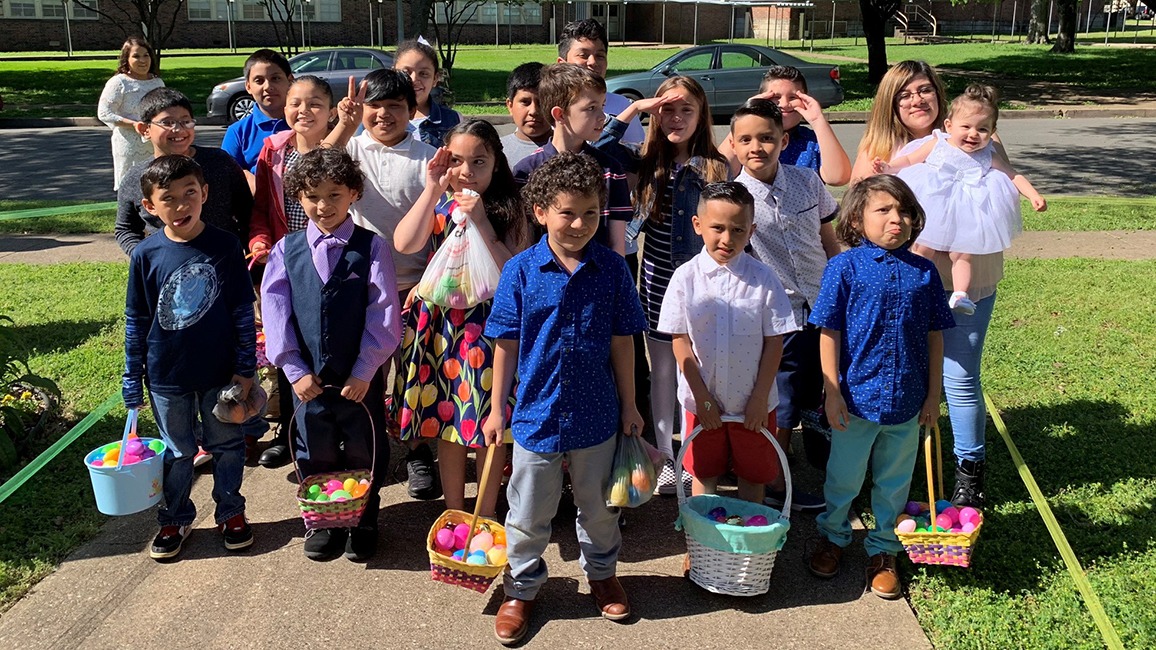 Elmwood-El Buen Samaritano UMC will celebrate 80 years in Oak Cliff on Oct. 6. The church has seen changes in the community but finds ways to meet its needs.

In 1974, Elmwood UMC merged with Wesley UMC. Then, in 2012, it merged with El Buen Samaritano UMC, a church in the Rio Grande Conference.

In 2001, Elwood was an aging Anglo church in a changing neighborhood as young Hispanic/Latino families moved to the area. Rev. Earnest Walt was asked to come out of retirement to pastor the church.

That year, a worship community and ministry began for Hispanic and Latino families. The gym was renovated to create a gathering space and accommodate the site location for Project Transformation.

While still a member of the Rio Grande Conference that served Hispanic/Latino congregations, El Buen Samaritano UMC started using space at Elwood UMC for worship in 2007. Soon after, the three worship communities began blending together; however, Elmwood members were in all leadership roles.

The churches started conversations to become one. In 2012, the Rio Grande Conference merged with the Southwest Conference to make the Rio Texas Conference. With that merger, churches outside the Southwest conference could choose to join the conference geographically close. It was time for El Buen Samaritano to unite with Elmwood.

“By the time, we merged, we already knew each other because EBS had been meeting at our building for a couple of years or so,” church member Judy Thorton said. “We did have some challenges … because there were a few older folks in the Elmwood congregation that were against it. However, the merger took place anyway and we are all glad that it did.”

Church members celebrated the 1936 groundbreaking of the building by planting two crepe myrtles in June.

Deciding on a name to reflect the bicultural aspects of the church was significant.

“It was one of the most important moments when we became one,” said Rev. Walt, who retired (again) in 2014. “They did the best jobs of coming together and merging that I have seen. They took on one another in terms of caring and loving one another.”

After the merger, the leadership of the church reflected the combined churches.

Said church member Nancy Moseley, “Membership on committees and in positions of leadership are more reflective of the church as a whole rather than of each congregation.”

The union did have growing pains. Communication was difficult as some only spoke English and some only Spanish. To overcome this issue, dual-language speakers place themselves in conversations to translate. Others are starting to learn each other’s language.

“In our hallways, you will find people not only trying to learn English or speak English but also people trying to learn Spanish or speak Spanish,” said EEBS pastor Rev. Martha Valencia, who conducts two worships services on Sundays (9:30 a.m. in Spanish and 11 a.m. in English). 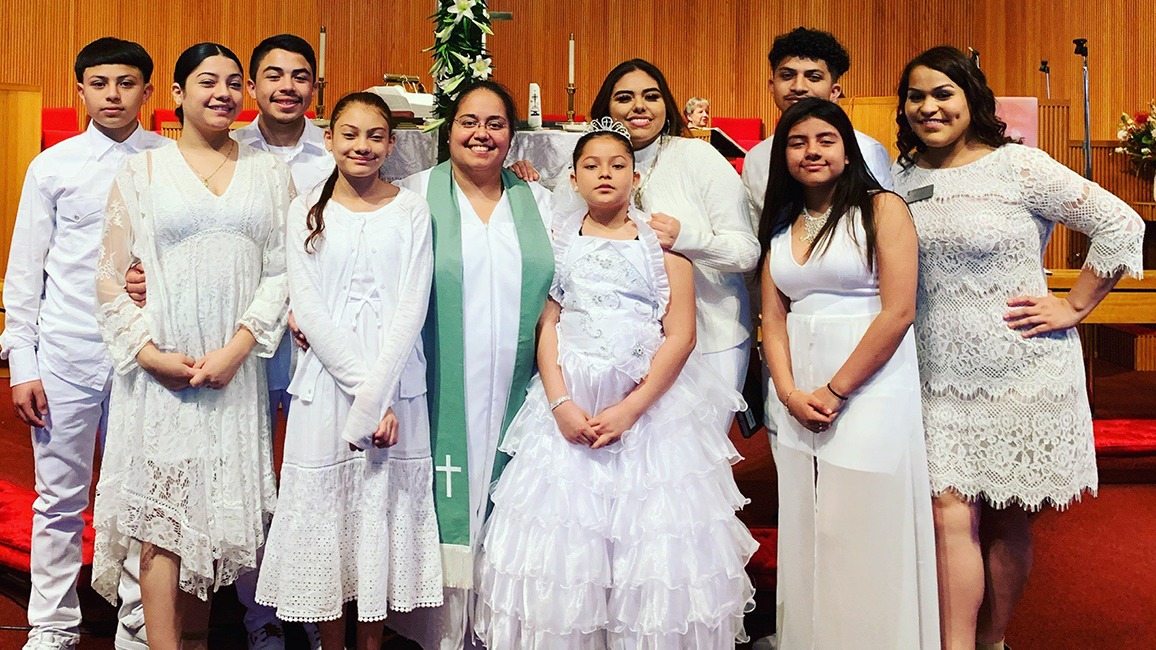 The bicultural identity of the church is celebrated … so much so that the Oct. 6 service will be a bilingual worship service led by youth and adults with music.

“We had a Cinco de Mayo Family night where members from Mexico, Central America and South America set up tables, decorated and brought special tasty dishes to share … from their regions or areas of their home countries,” Rev. Valencia said. “It was a blast to see everyone, members from both services, trying new things!”

Almost three years ago, Eliana Rios began as the Youth and Worship Coordinator/Pastoral Intern. During that time, the once-small youth group has grown.

Said Rev. Valencia: “For me, the greatest joy of serving in this church is being able to witness the love of God in every person who is coming together despite culture, language or background … We at EEBS have found a way to be transparent, communicative and remain engaged with one another even in the midst of conflict.”