‘A Semester Of Surprises, But Also Deep Satisfaction’ 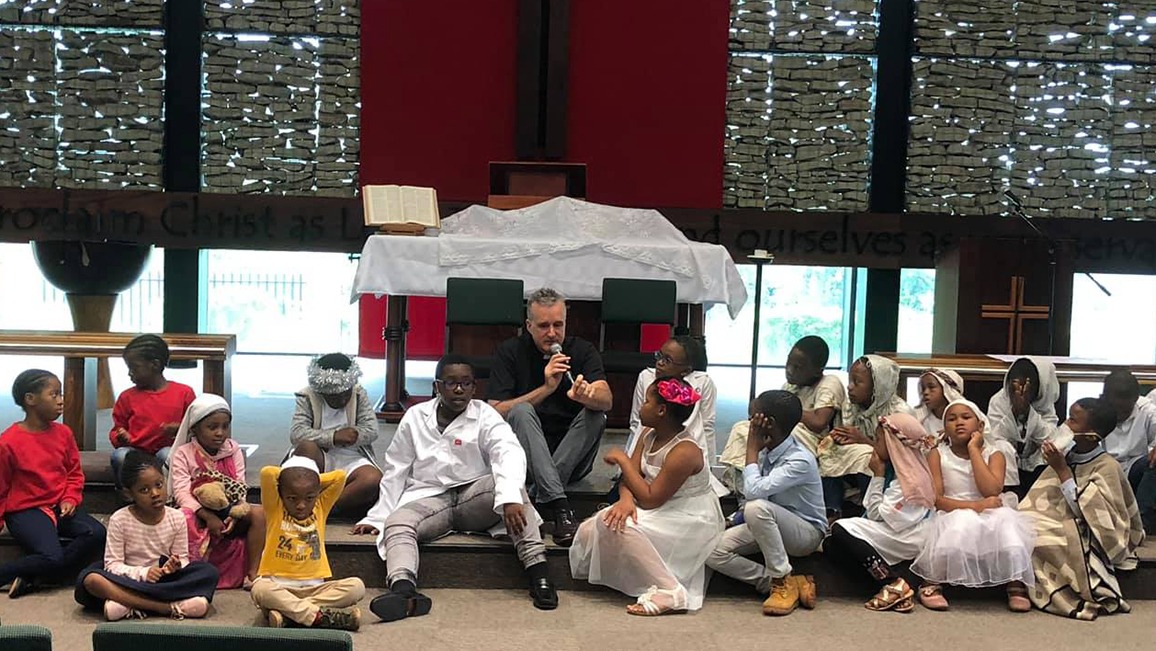 Rev. Dr. Wes Magruder shares a first-person account of his first few months of being a global missionary in South Africa

The first thing every missionary is taught in orientation is to be flexible. I thought I learned that lesson quite well while living in Cameroon more than 10 years ago. But the last four months in South Africa have been an extensive re-learning process.

Our departure to our post was delayed over a week this summer because of visa difficulties at the South African consulate in Washington D.C. We finally arrived in Pietermaritzburg on a Saturday afternoon. By Monday morning, I was sitting in the opening worship service of the new semester at Seth Mokitimi Methodist Seminary (SMMS), and my first class, Methodist History, was set for Wednesday at 9 am.

I didn’t really feel frazzled until the registrar handed me the syllabus for the class, and I suddenly discovered that I was responsible for teaching not just the history of John and Charles Wesley, but the story of the growth of Methodism — in South Africa!

That was the introduction to a semester of surprises, but also deep satisfaction. 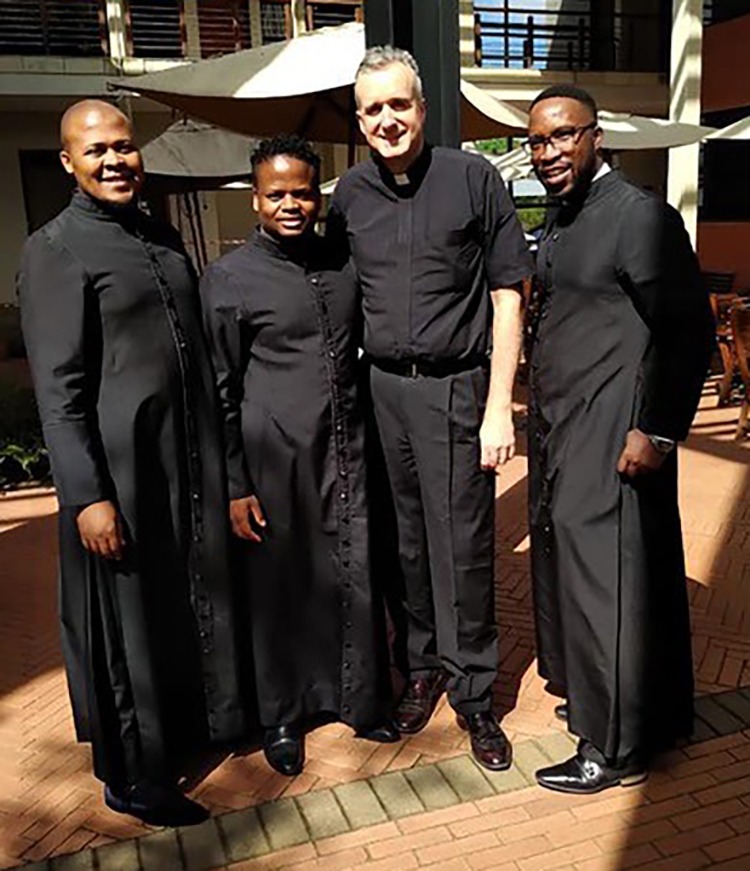 My wife, Leah, and I have always embraced the more-adventurous and challenging appointments, because we know that though the risk is great, the reward is even greater. We have discovered this to be particularly true at SMMS.

The 10-year old seminary was built by the Methodist Church of South Africa (MCSA) as the training institution for its ministers, after previous ecumenical institutions around the country had closed. All ordained ministers of the MCSA must live at SMMS for three years and earn a Diploma or Bachelor's degree. The degree includes academic and formation requirements, including an off-campus work experience, Field Education Ministry (FEM).

Though the seminary was built and paid for by South African Methodists, the institution now struggles financially. This is partly due to the country’s economic challenges; the unemployment rate is 29 percent, and 55 percent of the population live under the poverty line (R992/$66 per month).

SMMS has struggled to hire faculty and staff members in recent years and submitted a request to the General Board of Global Ministries for missionary placements.

The North Texas Conference Board of Global Ministries approved an end-of-year gift of $3,000 in support of Rev. Dr. Wes Magruder and his missionary work. If you are interested in also making a gift, click here

I was recruited earlier this year to take the position of lecturer. Besides the history class, I was also asked to co-lead a seminar class entitled Theologies of Christian Leadership for the Honors Program (a year-long degree which is prerequisite for those who will pursue a Master's degree). In the coming semester, I will be teaching Christian Ethics, as well as a repeat of Methodist History.

But I have found myself doing far more than teaching; I am serving on the Institutional Development Sub-Committee, producing fundraising videos for the seminary’s free lunch program, leading staff devotionals and preaching in the chapel services. I also helped ministerial candidates prepare for their ordination exams, gave a seminar on sermon writing and am acting as a project supervisor for two of our Honors students.

Even though she is not an “official” missionary of GBGM yet, Leah has found her niche at the seminary. She set up an Academic Support Center, where students who struggle with English writing skills can come for assistance and support. She has also been asked to help roll out Godly Play for children’s ministry in the Sunday morning chapel services, so that seminarians can become exposed to the curriculum.

However, what Leah and I enjoy the most about being at SMMS is the daily interaction with seminarians from across southern Africa. The student body is incredibly diverse: there are men and women; 21-year-olds and folks in their 50s; blacks, coloureds (an official South African designation for mixed-race people), Indians and whites; Namibians, Zimbabweans and Mozambicans. There’s an even greater diversity of languages spoken here, including, Zulu, Xhosa, Tswana, Lesotho, Afrikaans and Portuguese to name a few.

The diversity can be challenging especially when it comes to managing cultural differences; for example, when I literally cannot bring my mouth to properly pronounce the name of a student, or when I discovered that, as I am used to American educational standards, my grades were too high and had to be adjusted down.

This, too, requires flexibility, a willingness to be humbled by the situation in which one has no control. It can be embarrassing or inconvenient, but that’s the nature of mission work, or the work of any ministry at all.

So we pray for even greater Spirit-gifted flexibility as we anticipate the next semester at SMMS, and give thanks for the support and prayers of the North Texas Conference.