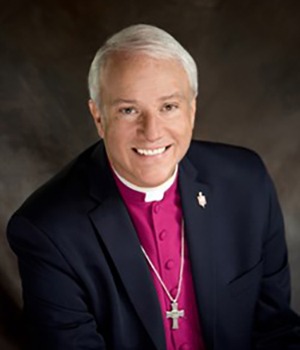 Bishop Thomas J. Bickerton was appointed as the spiritual leader of the 434 United Methodist congregations in the New York Annual Conference in the fall of 2016.

Bishop Bickerton was elected to the episcopacy in 2004 and served the Western Pennsylvania Annual Conference from 2004-2016.  Most recently he served as the chairperson of The United Methodist Church’s Global Health Initiative which deals with the church’s response to the killer diseases of HIV/Aids, tuberculosis and malaria.  This effort, through the church’s Imagine NO Malaria campaign, raised over $72 million dollars within the denomination to eliminate malaria-related death across the world. Currently Bishop Bickerton serves as the President of UMCOR, The United Methodist Committee on Relief which is primarily responsible for our church’s health initiative work and disaster response initiatives both domestically and globally.

A native of West Virginia, Bishop Bickerton began his pastoral career as a student pastor serving a six-point charge. He later was pastor of medium and large membership churches as well as serving as a District Superintendent. As he worked in partnership with laity, the churches he served experienced significant growth in the number of baptisms, professions of faith and members. His church in Shady Spring, W.Va., grew from 85 to 225 members in his six years there, and during his nine years at the Forrest Burdette church in Hurricane, W.Va., the membership more than doubled from 585 to 1368. The Bishop remains committed to the idea that the vitality of the local church is the key to carrying out the church’s mission to “make disciples of Jesus Christ for the transformation of the world” and, as a result, spends significant time preaching and teaching in local settings as well as working with his cabinet and staff in centering the life of an Annual Conference around facilitating the ministry of the local church.

Bishop Bickerton’s life has been significantly shaped by involvement in ministry beyond the walls of the local church. His work with Volunteer-in-Mission teams in his home state, as well as in Africa, Argentina, Israel, Mexico, Russia, Cuba and the U. S. Gulf Coast, has given the Bishop a “true global perspective on the need to be in ministry to all of God’s children.”

Bishop Bickerton earned a Bachelor’s of Arts degree in sociology and psychology from West Virginia Wesleyan College (1980), a Master’s of Divinity degree from Duke University Divinity School (1983), a Doctor of Ministry degree from United Theological Seminary (1994) and an honorary doctorate from West Virginia Wesleyan (2015). He has also served as an adjunct faculty member at United, teaching Wesleyan doctrine and United Methodist polity.

Bishop Bickerton is the author of the book and accompanying study resources entitled, What Are We Fighting For: Coming Together Around What Matters Most and a contributing author to the book, The Future of the United Methodist Church.

The Bishop is an avid sports fan and enjoys travel, playing golf and photography.

He and his wife Sally are the parents of Elizabeth (Chris Carrubba), T.J. (Claire), Ian and Nick and the proud grandparents of Holden James Carrubba who was born in August 2018. 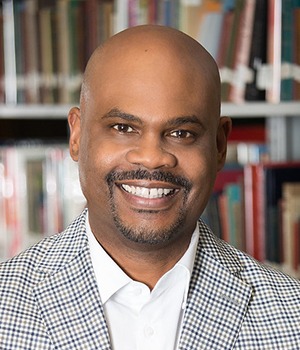 A nationally recognized leader, speaker and author on evangelism and church revitalization, the Rev. Junius B. Dotson is the General Secretary of Discipleship Ministries. Dotson launched “See All The People,” the highly successful church-wide initiative that helps church leaders concentrate on intentional discipleship, while learning new behaviors around engaging their surrounding community. This initiative currently includes his 90-second daily radio series, “See All The People,” which is featured on more than 40 stations across the U.S.

Rev. Dotson is the author of Developing an Intentional Discipleship System: A Guide for Congregations and Engaging Your Community: A Guide to Seeing All the People. Both resources help congregations look beyond their walls, acknowledging that God calls us to have “meaningful relationships in authentic, organic and consistent ways.”  His newest book, Soul Reset: Breakdown, Breakthrough, and the Journey to Wholeness is set for release in September 2019.

As a leader who responds to challenges and opportunities in new and creative ways, Rev. Dotson believes that effective ministry is about training, developing and empowering leaders to establish ministries that address the needs of the whole person – body, mind and spirit.

Prior to his present position, Rev. Dotson was Senior Pastor of Saint Mark United Methodist Church in Wichita, Kansas, where he was instrumental in transforming the 3,500-member church into a multi-campus congregation.

Rev. Dotson received his undergraduate degree in political science, with a concentration in economics, at the University of Texas at Arlington. While attending UT-Arlington, he was president of the local chapter of Alpha Phi Alpha, the nation’s oldest African-American fraternity. Rev. Dotson began his graduate work at Perkins School of Theology at SMU and earned his Master of Divinity degree from the Pacific School of Religion in Berkeley, Calif. He was ordained in June 1992.

In 1996, Rev. Dotson responded to the challenge of planting Genesis United Methodist Church, a new and innovative church in the Silicon Valley of California, which grew into a diverse faith community of nearly 500 people. 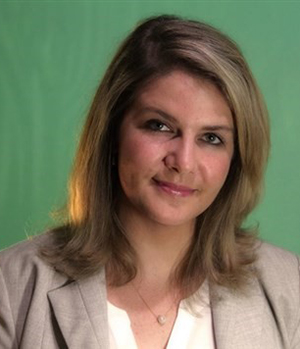 Rev. Dr. Audrey Warren has been the pastor of First United Methodist Church of Miami, Fla., since July 2015, and is currently leading a redevelopment project in her downtown setting. A native Floridian, Audrey did not venture too far from her hometown of Naples to plant roots. Audrey has been in Miami–Dade County serving as a United Methodist pastor for the past 10 years.

Rev. Warren spent her first six years in ministry at Branches United Methodist Mission in Florida City, Fla., where she had the experience to help rebuild and revision the church in its local context.

She earned her Bachelor of Arts from Florida Southern College where she majored in Religion. This was followed by a Masters of Divinity Degree from Duke Divinity School. In May of 2016, she received her Doctorate of Ministry from Wesley Theological Seminary in Washington, D.C.

Rev. Warren has served in Central Florida, North Carolina, South Africa and Miami. She has a passion for outreach and mission and is currently convening the Fresh Expressions movement in the Florida Annual Conference. Recently, she published Fresh Expressions: A New Kind of Methodist Church For People Not In Church with Bishop Kenneth Carter from the Florida Annual Conference of the United Methodist Church.

She is a dynamic preacher and educator and has a special passion for children’s education in which area she wrote her dissertation. She also has a passion for both contemporary and traditional worship and has a deep love for scripture.

Rev. Warren is a courageous leader and motivator and enjoys bringing diverse people together to carry out the work of Christ in community. She is fluent in English and Spanish. She also has a 200 hr. Yoga Alliance Teacher Certificate. In her spare time, you can find her at the beach with a good book, running in Coconut Grove or at a yoga class.